Cape Disappointment, named so by British sea captain and fur trader, Captain John Meares in 1788, was mentioned in the Lewis & Clark journals in November 1805. Captains Lewis and Clark and some of the men from the expedition had made the trek over this headland at different times during their stay on the north shore of the mouth of the Columbia River. This popular poster is part of the graphics unifying the areas of Lewis and Clark National Historical Park. Cape Disappointment is located at Cape Disappointment State Park, in Ilwaco, Washington. Dimensions: 13″x25 1/2″ (image 11″x23″) 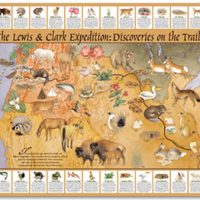 The Lewis & Clark Expedition: Discoveries on The Trail 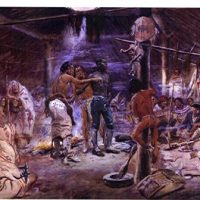 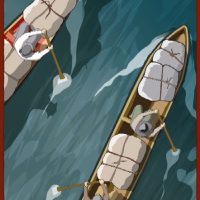 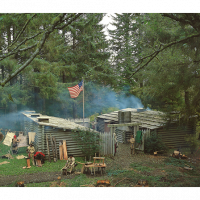 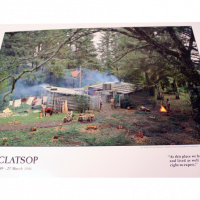 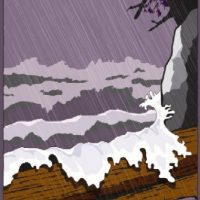